We’re ending the year with our list of 21 favorite Children’s books of 2017. If your kiddo’s love to read—or your little ones are bored and looking for something to do during this cold snap—then look no further. Head to your local library and start reading as a family during this long, holiday weekend.

After the Fall: How Humpty Dumpty Got Back Up Again—Written and illustrated by Dan Santat (Roaring Brook Press). How does Humpty Dumpty conquer his fear of heights after falling off the wall? One of the most moving and rewarding endings of the year! AGES 4-8

Good Night, Planet—Written and illustrated by Liniers (Toon Books). A little girl drifts off to sleep, but her stuffed rabbit heads out for a night of adventure. AGES 4-8

The Little Red Cat Who Ran Away and Learned his ABC’s (The Hard Way)—Written and illustrated by Patrick McDonnell (Little, Brown and Company). A wild and wacky chase through the alphabet. AGES 3-6

Fairy Tale Pets—Written by Tracey Corderoy and illustrated by Jorge Martin (Tiger Tales). A boy and his dog start a pet-sitting service, but they’re surprised fairy-tale characters show up at the door. AGES 4-7

Accident!—Written by Andrea Tsurumi (Houghton Mifflin Harcourt). Accidents happen and mistakes don’t have to be the end of the world. Lola the armadillo learns this lesson…eventually. In the meantime, utter chaos ensues—and it’s utterly fun! AGES 4-7

Crown: An Ode to the Fresh Cut—Written by Derrick Barnes and Illustrated by Gordon C. James (Denene Millner Books). Barbershops are where the magic happens! This book celebrates the ritual of the barbershop haircut and may hold a special place in our hearts. We are all about the Haircut Adventures after all. AGES 3-8

Charlie & Mouse—Written by Laurel Snyder and illustrated by Emily Hughes (Chronicle Books LLC). Book 1 in a series: Charlie & Mouse are two, imaginative, inventive and hilarious brothers finding their way through 4 short stories in this, their debut. AGES 4-8

Hero Dog! Hilde Cracks the Case #1—Written by Hilde Lysiak with Matthew Lysiak, illustrated by Joanne Lew-Vriethoff (Scholastic, Inc). Written by a 10-year-old who started her own neighborhood newspaper, this series will appeal to both boys and girls who like a good detective story. Book two was also published in 2017. AGES 6-10

Shark Lady: The True Story of How Eugenie Clark Became the Ocean’s Most Fearless Scientist—By Jess Keating and illustrated by Marta Álvarez Miguéns (Sourcebooks). This biography rose to the top because it tells Clark’s story—from her childhood fascination with sharks to becoming a scientist who was able to train them—without overwhelming kids with text. AGES 4-8

Princess Cora and the Crocodile—By Laura Amy Schlitz and illustrated by Brian Floca (Candlewick Press). There’s an overscheduled princess and a very droll crocodile; hijinks ensue. Who doesn’t want to read that? AGES 4-8

Refugee—Written by Alan Gratz (Scholastic, Inc). Three stories of three kids from three different decades brilliantly woven together in the timeless pursuits of courage, survival and the quest for home. AGES 9-12

Tumble & Blue—Written by Cassie Beasley (Penguin Young Readers Group). A boy and his new friend head out on a quest to escape a family curse that runs through generations in this exuberant, heartfelt fantasy set mostly in an alligator-filled Georgia swamp. AGES 8-12

The Glass Town Game—Written by Catherynne M. Valente (Margaret K. McElderry Books). Charlotte and Emily Bronte—as kids—must enter a fantasy world they created to save their siblings. Fun and imaginative with a dash of classic literature thrown in. AGES 9-14

The Hate U Give—Written by Angie Thomas (HarperCollins). This absorbing and potent novel follows a 16-year-old girl whose childhood friend is shot by the police and whose world is irrevocably changed by what she’s witnessed. AGES 14-17

I am Not Your Perfect Mexican Daughter—Written by Erika L. Sánchez (Random House Children’s Books). This gripping debut novel finds humor as well as pathos in 15-year-old Julia’s quest to uncover her Mexican-American family’s secrets after the death of her seemingly dutiful sister. AGES 14-17

I Believe in a Thing Called Love—Written by Maurene Goo (Farrar, Straus and Giroux). A high-achieving Korean-American teenager tries to get a boyfriend by using lessons she’s gleaned from her favorite Korean soap operas in this hilarious romantic comedy. Readers will be laughing every step of the way. AGES 14-17

Since it’s fun in here, we love Children’s books, games and toys at Snip-its. Our retail items change throughout the year, but always include a number of great books your kiddos will enjoy. Stop in for a Haircut Adventure and a good book on your next visit. Happy reading and family-fun times in 2018! 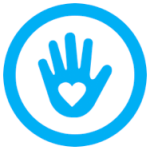 Our Kids’ Hair Experts are Snip-its Clean! Enhanced cleaning measures are in place in each reopened salon to keep you, your kiddos and our staff safe and ha-ha-happy during your visit. We ask that ALL customers at least two year old wear a face mask during their visit. 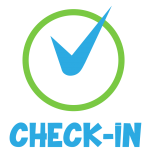 Save time and promote social distancing by booking your same day haircut using our online booking system. Select a preferred appointment time that is convenient for you and your busy family. You’ll get text notifications regarding your visit. Click the BOOK NOW button to get started. 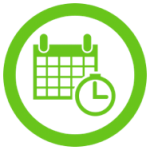 Due to the spread of COVID-19, every salon is following CDC and local guidelines. Standard salon hours on this website may not be current. Please check Google, Yelp or social media pages for today’s hours.